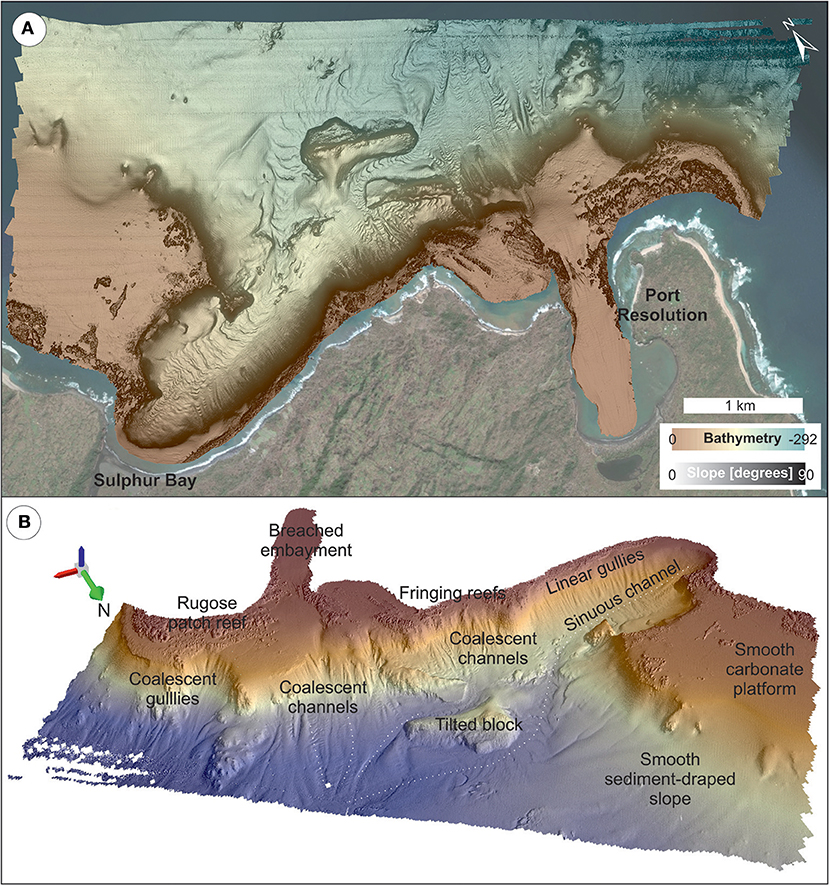 Using the first-ever detailed bathymetric dataset acquired off Tanna Island (Vanuatu) by EGSi on behalf of the United Kingdom Hydrographic Office (UKHO) , a team of international scientist led by Michael Clare of the National Oceanography Centre in Southampton (UK) have been able to identify evidence of submarine slope failure and seafloor turbidity currents.

These information, coupled with sediment sampling, contributed to the modelling of how submarine landslides and turbidity currents are triggered at volcanic and other heavily eroding mountainous islands, helping to address important knowledge gaps concerning seafloor hazards at Small Island Developing States in the South Pacific, and more generally on the flanks of Strombolian volcanoes, both of which are under-represented in the scientific literature.

The full paper, published on the Frontiers in Earth Science journal, can be found here: