The topic on the first day of the meeting was, “Sources and environmental and socioeconomic aspects of anthropogenic underwater noise.” On a global scale, commercial shipping is the source of most underwater noise, generated throughout the year. Other offshore activities, such as seismic surveys for oil exploration and the pile-driving used to install offshore wind turbines, generate more intense sounds for periods from around a week to a few months. 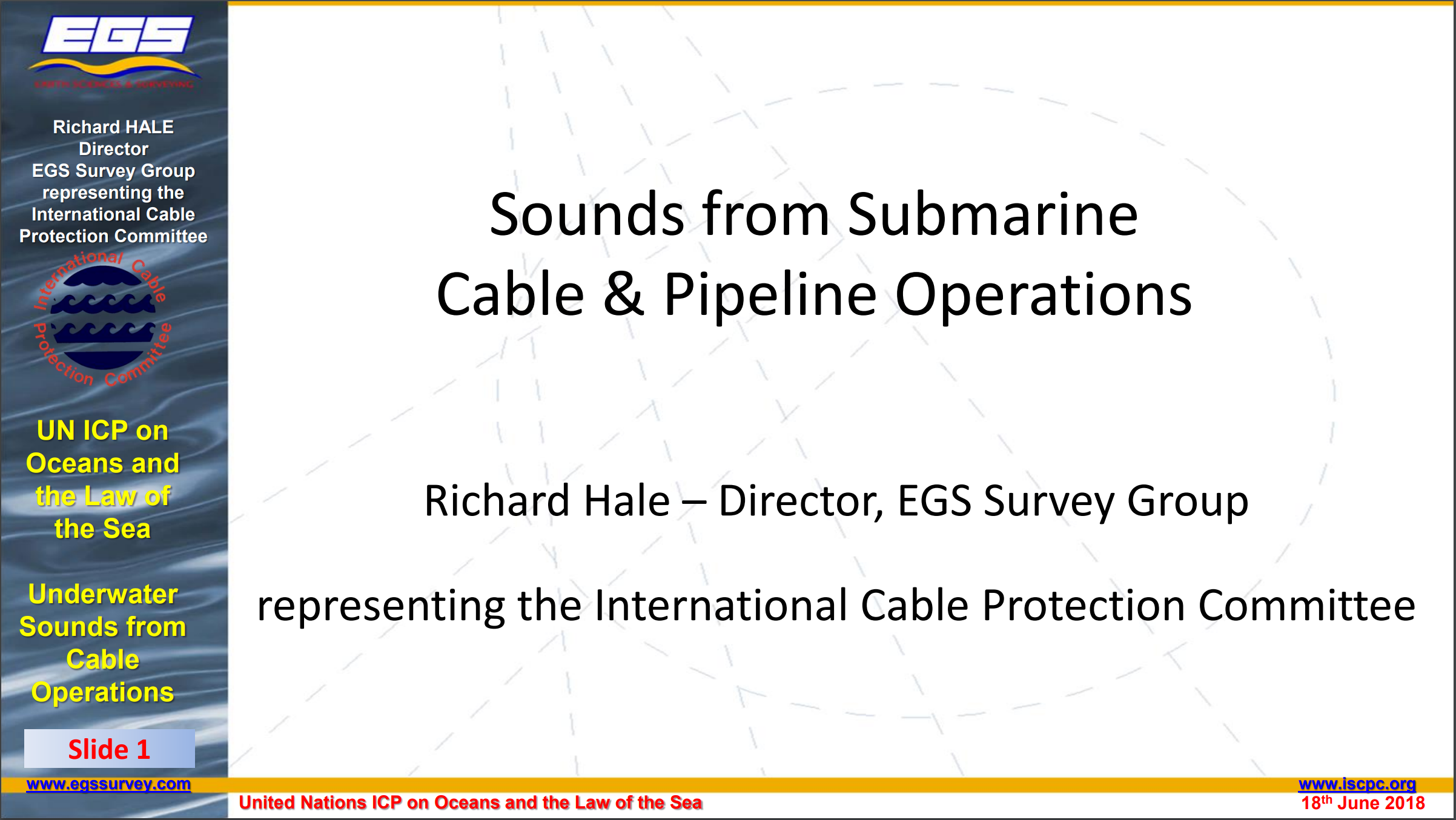 Dr. Hale presented an invited paper to the meeting entitled, “Underwater Sounds from Submarine Cable and Pipeline Operations” (http://www.un.org/depts/los/consultative_process/icp19_presentations/2.Richard%20Hale.pdf). The paper showed that while submarine cable operations introduce some sound into the marine environment, the acoustic footprint is small and brief when compared with other offshore activities.

Dr. Hale said, “Nearly all species of marine mammals, fish, and invertebrates whose acoustic sensitivity has been studied have been found to use sound for vital life functions. This important meeting demonstrated clearly that anthropogenic underwater noise is a topic of great environmental concern. The EGS Survey Group will continue to work with the ICPC and other responsible organisations to ensure that adverse environmental impact of survey operations remains minimal, temporary and reversible.”

The panelists who presented papers on “Sources and environmental and socioeconomic aspects of anthropogenic underwater noise.” 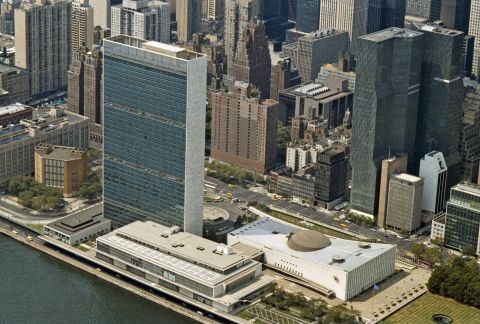 The United Nations is an international organization founded in 1945.  It is currently made up of 193 Member States.  The mission and work of the United Nations are guided by the purposes and principles contained in its founding Charter.