Former US spy ship turned sea-floor surveyor the Geo Resolution is currently docked under the Anzac Bridge at Sydney’s Glebe Island, waiting for clearance to set out on a six-month mission to map the best possible path for Southern Cross Cable Network’s third subsea telecommunications cable, known as NEXT.

The $350 million cable – which is for the most part roughly the circumference of a garden hose – will stretch some 12,500 km from Sydney’s Clovelly beach to Los Angeles, creating what Southern Cross boasts will be the lowest latency route from cloud facilities in Los Angeles to Sydney and Auckland.

Southern Cross Cable Network CEO Anthony Briscoe says demand has driven the company to invest in its third cable, which will add 60Tbps capacity between Australia/NZ and the US to the existing 20Tbps provided by the existing Southern Cross cables. It is due to become operational in 2018 or early 2019.
This is its proposed route. 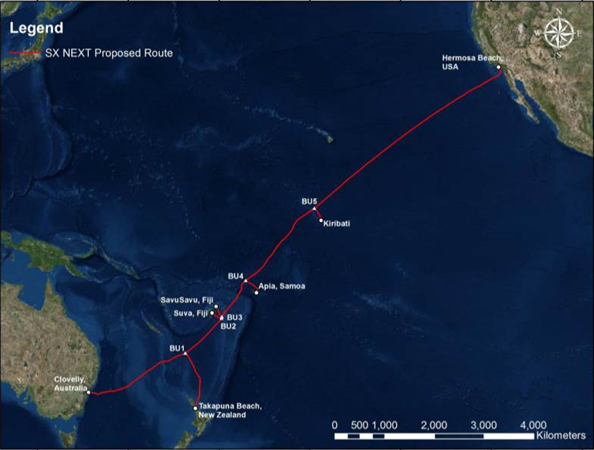 Before the first stretches of cable can be laid, however, Southern Cross has contracted surveyor EGS to physically check its proposed route to make sure it’s not likely to hit any unexpected ocean trenches, reefs, wreckages, or even other subsea cables. The greatest hazard posed to subsea cables is fishing activity and boat anchors, so the thickness of the protective coating around the cable increases dramatically closer to shore.

EGS will try to find the shortest possible route between Sydney and LA to minimise latency. But it has to weigh this against physical security and the ease of laying.
EGS engineer Anthony Pyne says his perfect type of seabed is “boring sediment”: flat, with no reefs and no rocks. However the NEXT cable might have to cross the Tonga Trench, which at a maximum of 10,882 metres down is the second deepest point on Earth.

Once it’s done with the NEXT survey, EGS will have conducted this sort of exercise for 410,000km worth of subsea cables. However it doesn’t own or retain the data it produces, meaning it can end up conducting the same surveys for different commercial operators. Some of the regions the NEXT cable will venture into, such as oceans south of Hawaii, are also fairly uncharted from the sea floor. 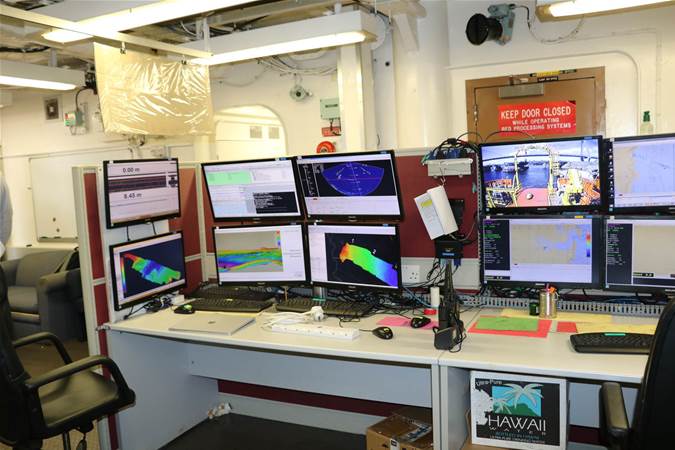 The Geo Resolution ship was built by the US Navy as a surveillance ship in 1989. It was given to the New Zealand Navy for a stint before being bought by EGS in 2012. Evans said its spy history means it is extremely quiet, so there is no extra noise that could interfere with the data collection.

A smaller boat is carried onboard to enter waters that are too shallow for the Geo Resolution to complete the scan.
Residents of Sydney’s Clovelly shouldn’t expect to see the vessel on their doorstep; a local barge will conduct the survey in shallow waters close to land. 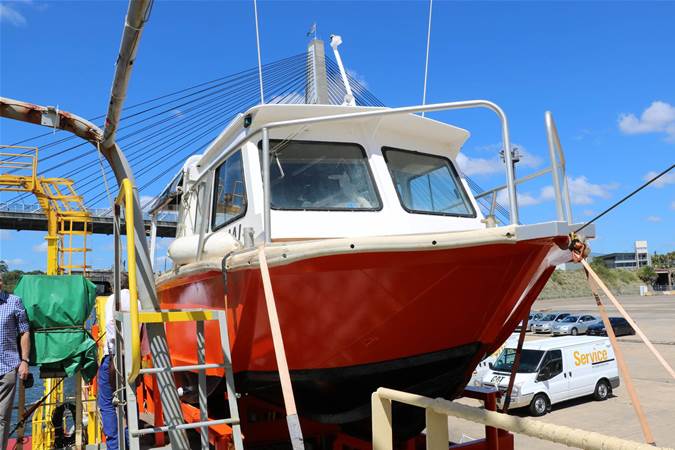 About 14 crew will man the vessel on its six-month journey, from route engineers and geophysicists to CAD operators. This is one of the 45 sleeping bays on the ship.

From a data perspective, EGS is conducting “multibeam bathymetry” underneath the vessel. Equipment on the bottom of the ship is sending out 156 beams of light to scan up to 10km of sea floor in a single pass.
A “cone penetrometer system” is also pushed into the sediment at the sea floor and dragged along at a fixed rate to test the porosity of the soil, so the company that eventually buries the actual cable can be prepared for what it is going to be digging into.

A side-scan sonar which is dragged about 3km behind the vessel, collecting higher frequency imagery and detecting smaller objects. It also monitors the “back-scatter” generated by the boat for signals about the hardness of the sea bed. 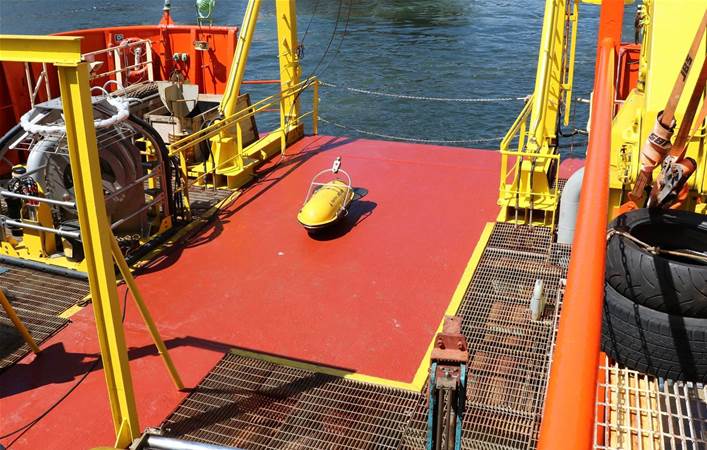 The survey team also collects core samples from the sea floor by dropping this yellow, weighted “dart” attached to the core pipe on the left (port) side of the ship.

The entire planet is dependent on these cables working reliably and efficiently, according to EGS boss Graham Evans.